SCUSA brought students and professors from colleges and universities all over the United States, as student governments, all other types of governments and international politics were the topics of the day. Officers and cadets discussed with civilians during the seminars. With the civilians and military personnel both sides of many subjects were presented and listened to. 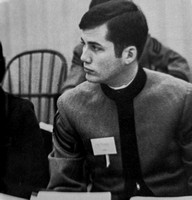